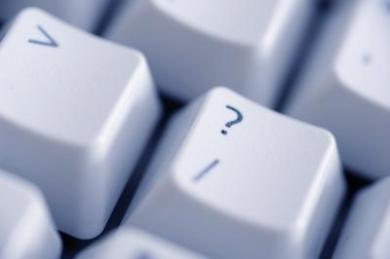 Recent occurrences of online abuse, particularly on Twitter and ask.fm have led to knee-jerk calls for the banning of the latter site and a more widespread challenge to any form of online anonymity. The awful circumstances which led to 13 year old girl taking her life of course must be avoided in the future. But I’m not sure that anonymity is what enabled this to happen. Many of the people who have recently sent out offensive, and in some cases criminal, messages did not hide behind anonymity. In many cases, on Twitter at least, people used their real names and genuine photographs. This did not stop them from using, usually misogynistic, abusive language against other people. Some of the worst such abuse has been directed towards the historian Mary Beard. In one widely reported case her abuser performed a massive u-turn and apologized profusely, not because his identity had been revealed, he used his real name and photograph on the site, but because another Twitter user offered to supply his mother’s address so Prof Beard could send her a letter to inform her of the disgusting comments her son had been making. Prof Beard did not take this other user up on his offer of the address; she did not need to as the apology and retraction was almost instant. I think what this particular case tells us is that rather than a removal of anonymity it is connections to a wider established social network, of the off-line variety, which brought the offender into line. He did not want to disappoint his Mum.

David Cameron has called for the websites to “step up” to deal with this problem and also for parents and users to play their part; to “stop using these vile websites”. There is nothing inherently vile about these websites and Cameron’s take on the issue tries to situate the cause of the abuse in the structure of the sites themselves, or at least the way in which they are managed. Just as a technological system cannot create a situation of disrespect, fear and abuse nor can a technological fix solve it and produce a supportive community. Community can only be produced through a shared a sense of values, support and security. This used to be provided by what Zygmunt Bauman refers to as the ‘social state’ (what others call the ‘welfare state’) which is ‘the ultimate embodiment of the idea of community: that is, the institutional incarnation of an ‘imagined totality’ woven of reciprocal dependence, commitment and solidarity’ (Bauman, 2009:148-9). For Bauman, social rights (to be part of the social state) tie everyday reality to the ‘imagined network’ and underpin trust in each other and the shared network which enables collective solidarity. These websites and their users have been attacked with such vitriol partly because of an age old fear of the new but also as a distraction from the destruction of the social fabric which is occurring through the dismantling of the social state. Cameron and others are dismantling the most profound technology for creating a sense of society; one which produces a sense of solidarity. Of course abuse of this kind can occur with or without a social state but a sense of shared investment in society and interconnection with others encourages people to mediate their behaviour in order to remain part of that society. Austerity policies increasingly imply that some people are not part of our society; that some people do not deserve support or that illegal immigrants should simply “go home”.

It has been suggested that online social networks are powerful because they visualise social connections and I have suggested elsewhere that an ‘imagined totality’ or ‘shared network’ may be achievable through the Internet and some of its applications for this reason. But more is needed than merely the digital representation of social connections. In order to join social networks such as Facebook and Twitter we have to use our “real” identity but this does not in itself create a situation of trust and respect. Early users of the Internet freely shared data, code and ideas and they were largely anonymous but trust was not a problem because there was a shared sense of community (Naughton, 2012). While Twitter and Facebook may be able to visualise social networks and create real communication between individuals what it lacks is the material connections of shared investment of the social state. In the social state, shared values and an imagined totality were the result of relations and institutions which provided material security. This was a network which was supportive and inclusive. It is no doubt asking too much of Twitter or Facebook to provide such things but this kind of abuse is unlikely to disappear if one particular website is boycotted or closed down when so many other aspects of society are defined by division and exclusion. If the message transmitted by what is left of the social state is that many people do not deserve our respect or support this will be reflected in how we interact online.

Naughton J (2012) From Gutenberg to Zuckerberg: What You Really Need to Know About the Net. London: Quercus.