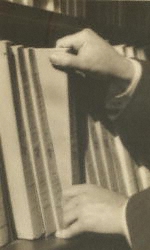 “Big Data” has quickly become one of the most widely used, perhaps overused, phrases in the last couple of years and is in danger of becoming meaningless through its application to so many different things. Nevertheless it is clear that there is a lot of data around. Ian Hacking described the exponential increase in publication of statistical data between 1820 and 1840 as ‘the avalanche of printed numbers’. The avalanche of digital data dwarfs this billions of times over. An IBM scientist calculated that prior to 2003 5 exabytes (5 billion gigabytes) of data had been produced from the beginning of human history, by 2011 that amount was produced every two days, in 2013 that much is generated every ten minutes.

How this data is managed and who manages it are significant issues. What is undeniable is that most of us are becoming data managers of one kind or another. We have more data than ever about our bodies, lives and the world. The assumption from many is that more data is better, with more knowledge about our bodies, for instance, we can make better informed decisions and be healthier and happier. While it is clear that many people engaged in activities often brought under the umbrella term of “Quantified Self” undeniably get a great deal of enjoyment as well as health, personal and social benefits from generating and managing their own data there may be broader philosophical consequences. Once we have accessed such data on ourselves it is difficult to forget it it. This is increasingly the case as it seems that now almost everything is archived in one way or another. Digital storage means that almost nothing is ever lost and if it is we perhaps feel the loss more keenly because we are so unused to it. Might it be useful to clear our data banks occasionally?

When there were limits to storage we had to think carefully about what was really worth keeping. Today we store first and think whether it is useful later. Companies store vast quantities of data on us as customers and we increasingly keep archives on many aspects of our lives photographing the most insignificant social events, commenting on them and posting them online. There is an increasing group of people who use WebCams as part of their daily life recording virtually everything they do during the day. One man who has one functioning eye had a video camera and transmitter embedded into a prosthetic eye and calls hmself an ‘eyeborg‘. Taking this to its logical extreme is the research led by Chris Winter who received £25 million of funding from British Telecom to develop what he called the ‘soul catcher’. This will be a chip which is implanted into the eye and will record everything that an individual sees in their life. The team hope that this will be available by 2025. This has already been satirized/dramatized by the TV show Black Mirror in the episode ‘The Entire History of You’.

This level of archiving is likely to bring social and psychological consequences which are yet not yet clear. It is, however, perhaps time to start considering whether it might be beneficial to practice what Nietzsche described as ‘active forgetfulness’. This stops concerns laying heavy on us by aiding our psychic assimilation. For Nietzsche forgetfulness is an active capacity which enables us to make room for the new and for ‘superior’ functions. He claimed that there can be no happiness, calm or order without forgetfulness. Indeed, action itself is stifled by excessive remembering. Recently, scientists have developed a pill which they claim will erase bad memories. Such a pharmacological response is perhaps slightly worrying although it is indicative of the difficulty which people find with forgetting. We might, however, want to think about whether active forgetfulness on an individual and social level is necessary. Technology has made it extremely easy to save and archive data but it is increasingly difficult to lose things deliberately or accidentally. The messaging application Snapchat enables users to send text and photo messages which “self destruct” a few seconds after being sent but this will not pose a problem to the more tech savvy amongst us. Perhaps archiving does some of the work for us which Nietzsche suggested, by storing data in archives we do not need to concern ourselves with remembering it, we can be freed up for other tasks. But intrinsically connected to active forgetfulness is what might be called ‘active remembering’. This is, for Nietzsche, ‘an active desire not to let go, a desire to keep on desiring what has been’. This ownership over the past (or our memories of it) is what enables us to determine cause and effect and ultimately to become responsible for our own future. This is not, then, an anti-technological suggestion that we should reject archiving and tracking but that we should be actively engaged with it. We should decide what to keep, what is important and if technology is to serve us we should be in control of remembering.