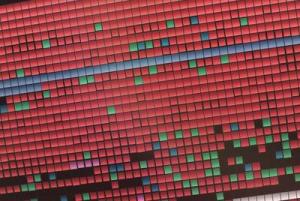 Tuesday will see what will hopefully be the first of many events organised by the new Quantified Self Research Network. This network has been instigated on the suggestion of Mark Carrigan and Mark and I have taken forward the planning of this inaugural event hosted by the Centre for Health, Technologies and Social Practice at the University of Leeds.

If the network develops successfully we hope that it will be a genuinely collaborative and interdisciplinary endeavour and will go in new and unexpected directions. Although we are not positioning ourselves as intellectual or methodological leaders of this field I would like to take this opportunity to offer a brief personal examination of some of the existing and on-going work which is informing, or could be useful to, studies of QS.

The research which has engaged most directly and extensively with self-tracking has largely developed out of traditions which have analysed tele-health, e-health and more recently m-health (see here for an overview and critique). Much of this has been from a health studies approach which has focused on the clinical benefits of such technologies (eg. for increasing compliance with treatments or increasing exercise or improving diet). Recent work, some of which will be discussed at the event, has incorporated more sociological questions engaged with the ways in which people make sense of the technologies they use.

Sociologists have come to the table a little later and are bringing a different analytical tradition with them. Much of this has moved the focus towards understanding the use of these technologies in relation to notions of the self and group and individual identity formation and with an emphasis on fitness rather than illness. There are several critical traditions which I have (anecdotally) found to be influencing the (mostly provisional) work in this area.

Deborah Lupton has made some of the more prominent sociological contributions to this area so far and has provisionally suggested understanding QS in relation to theories of risk using Ulrich Beck to propose that QS may be a way of helping to put ourselves in control of our own risk in a world which is increasingly framed through risk discourses. Lupton has also proposed a Foucauldian reading of QS as a mode of neo-liberal self-governing in which self-tracking can be seen as a strategy for producing responsible citizens who take care of their own health consistent with state objectives.

There are two well-established and related fields with potential for informing work on QS and which have also influenced some of the work being presented at tomorrow’s event. Both Science and Technology Studies (STS) and Actor Network Theory (ANT) have successfully explored the complex ways in which humans and technologies interact in contemporary societies with one highly significant contribution being their conceptual shift which removes the barrier between humans and technologies. Rather than understanding humans to be conceptually distinct from the rest of the world these traditions suggest understanding anything which exists in the world as being an actor (with particular attributes and capabilities) which forms part of a network. These theoretical frameworks have clear potential for a detailed understanding of the complex ways in which subjectivity is produced within networks of relations with technologies and other humans.

An area which is still in the early stages of its development but has clear potential for studies of QS is the work broadly brought under the umbrella of “digital sociology“. Through the work of Roger Burrows, Mike Savage, Evelyn Ruppert, David Beer and Deborah Lupton amongst others, the necessity of understanding the impact of, and potential for, digital data has been emphasised. There are two elements of particular relevance to studies of QS in this work (often existing within the same projects).

Firstly, researchers are increasingly making use of digital data as a sociological resources, perhaps most prominently Burrows and Savage have claimed that sociology must deal with the deluge of data which is building every day if the discipline is to remain relevant. The increase in production and availability of such data provides a challenge and opportunity to sociologists as it is still currently a largely untapped sociological resource. This challenge has been taken up, for instance, in David Beer’s work on the online consumption of music. Those who engage in QS-related activities are already generating, and analysing, masses of data on themselves in order to produce new kinds of understanding on an individual level. This data could be invaluable to sociologists. Accessing such data, however, poses significant challenges to sociologists, not least ethically.

Secondly, this work seeks to investigate the potential ways in which new “digital devices” (broadly defined) inform philosophies and practices of governing and self-formation.  In a tradition of work influenced by Michel Foucault the self has been seen as being constituted through “technologies of government”. Methods of measuring, assessing, diagnosing and categorising human populations are seen to not merely reflect existing phenomena but to construct “kinds” of bodies and subjects. Ruppert, Law and Savage have suggested that new kinds of “digital devices” are currently performing a similar role. Some strands of this work have been more explicitly influenced by Gilles Deleuze who suggested that power in contemporary societies is exerted through multiplying the possibilities for controlled freedom. This insight has been applied to the digital world by writers whose analysis has shown that the controlling mechanisms of software and computer code are hidden thus acting as a subtle form of control (see Chun and Galloway). The potential for subtle forms of control and surveillance through some of the activities associated with QS is quite clear. It must, however, be remembered that technologies and practices associated with QS are simultaneously producing new avenues for resistance especially amongst those at the core of the QS movement who produce their own methods of analysis and do not necessarily rely on “off the shelf” applications.

Work which is developing in the social sciences and humanities provides fertile ground for important research into QS and self-tracking. The above is only a brief and partial overview of some of the trends in which I see potential for future work. The new types of self-analysis and related individual and group identities and social practices associated with QS and self-tracking will, I feel, enrich these existing theoretical and analytical approaches when empirical work begins to enable a feedback process. The work being presented at the event tomorrow is mostly at an early stage but will hopefully lay the groundwork for stimulating and exciting collaborations between researchers and those involved in QS and related activities.

We will report back on the the discussions and plans which develop out of the first event on Tuesday and hope that those who are not able to make it this time will be able to in the future. Anyone who is interested in the future developments of the group can contact myself or Mark to stay informed.